What Are Safety Razor Blades Coated With? Find Out Here
Skip to content

What Are Safety Razor Blades Coated With 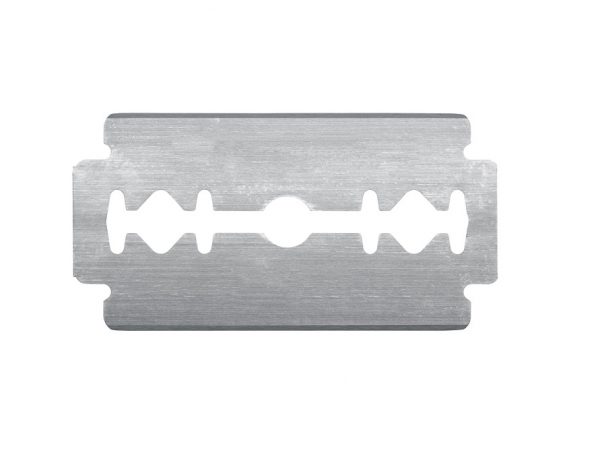 Whether you have experience using safety razors or are just finding yourself on the path to the best way to shave, it is important to understand the purpose of different aspects of a safety razor, including what safety razor blades are coated with.

What Are Those Coatings?

Safety razor blades coated with different polymers made of platinum, chromium, tungsten and more are used to benefit the user – yourself, in this case.

Different coatings have different minor effects, but overall, the purpose of the coating on a razor blade is to increase and prolong the sharpness, and subsequently adding to your satisfaction with the shave it delivers.

What is a polymer? And what are the characteristics of different coatings? Coatings are put on the blade to help provide a smooth cut without irritating the skin. They are often covered with polymers (multiple similar molecules connected to form a strong link) that allow for strength while also maintaining flexibility. Safety razor blade coatings allow for durability that lasts and a shave as smooth as glass.

Platinum is one of the most common elements used in a safety razor blade coating. Its components are very durable, allowing for a blade that will maintain its smoothness on the sides and sharpness on the edges. Platinum is known for its lustrous appearance. This can be seen as you examine the shine of a platinum-coated blade give your face an old-fashioned shine of its own.

Another popular element used in safety razor blade coatings is chromium. Similar to platinum, chromium is known for its shine, and it helps the blade last longer and look better. Chromium plays a big role in making stainless steel as stainless as it is. If you want a sleek look, get yourself a safety razor blade whose coating includes chromium.

The third of some of the most common elements used is tungsten. Tungsten is quite unique. It also contains the same characteristics as that of Platinum and Chromium, but with its own twist; this rare metal is stronger than steel, allowing for a precise and solid cut.

What Is The Best Coating For You?

Safety razor blade coating preference predominately depends on the person using the blade. Different coatings are believed to be better for both specific hair textures and skin types, but they all accomplish the same general task.

For example, the Personna Safety Razor Blades found on our website  are long-lasting while also maintaining a platinum coating that allows for “comfort and durability.” Dorco Safety Razor Blades  are also coated with platinum, and like Personna, are known for their “very mild and forgiving blade.” While they accomplish the same task, Dorco’s description suggests a bit of a gentler touch, perhaps to be used by both those with sensitive skin and those recently starting to use safety razors. Parker Safety Razor Blades coated with a platinum-tungsten-chromium polymer – also stress that their blades are made for “extremely smooth and comfortable shaves.”

You may already have your preference picked out, or you may want to experiment with different blades. Rest assured, you will find what you need from us. Our wide range of safety razor blades and other safety razor accessories is bound to attract your fancy.

Ultimately, the type of razor blade used mainly falls on the eye of the beholder – or in this case, the face of the shaver. We suggest you try many different types until you find the one that works best for you. You can find what works best for you, regardless of the characteristics each blade and blade coating described by others.

Just because one blade might be suggested for those with irritable skin and thin hair doesn’t mean someone with coarse hair and rough skin can’t try it out. Pick out the blade that seems best for you, and if it doesn’t work out, that’s just a minor setback on your journey to shave your way to success. 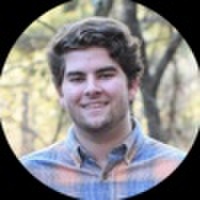 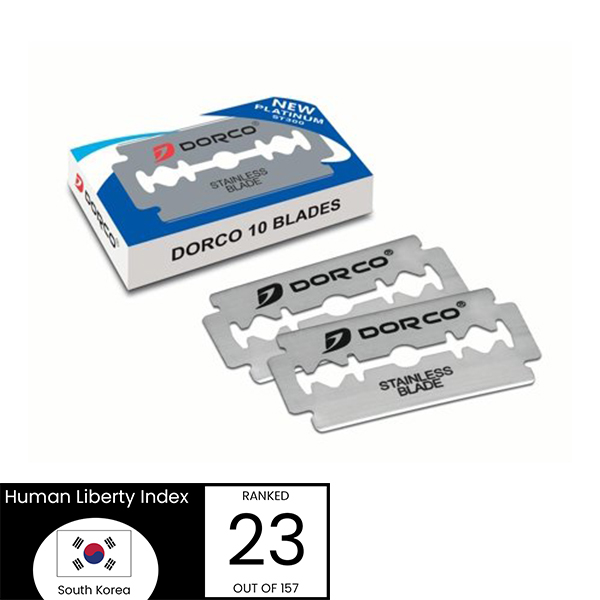 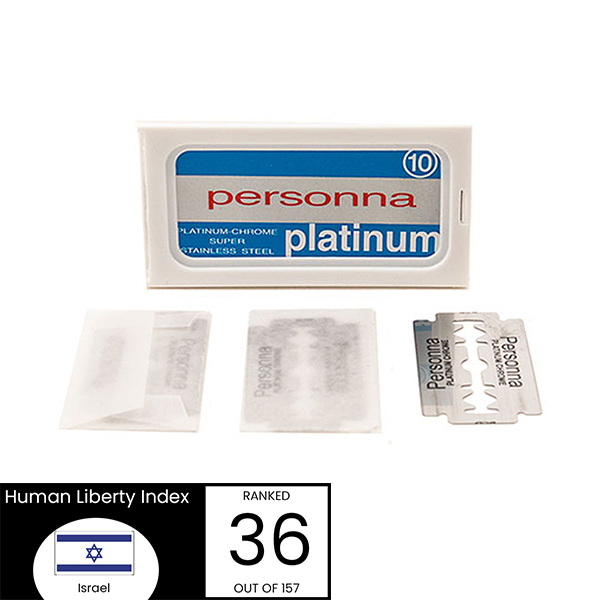 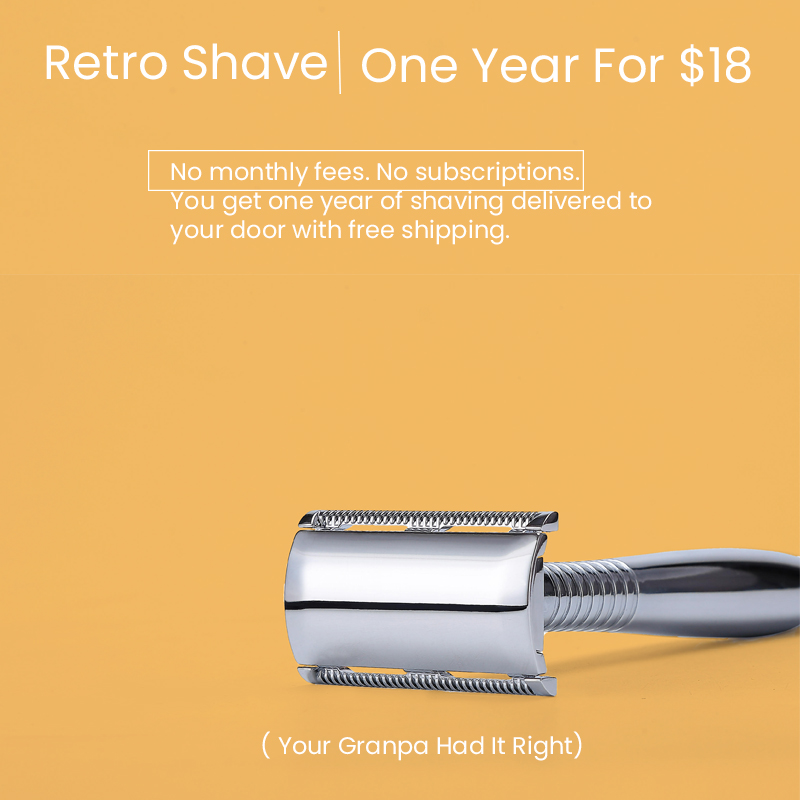 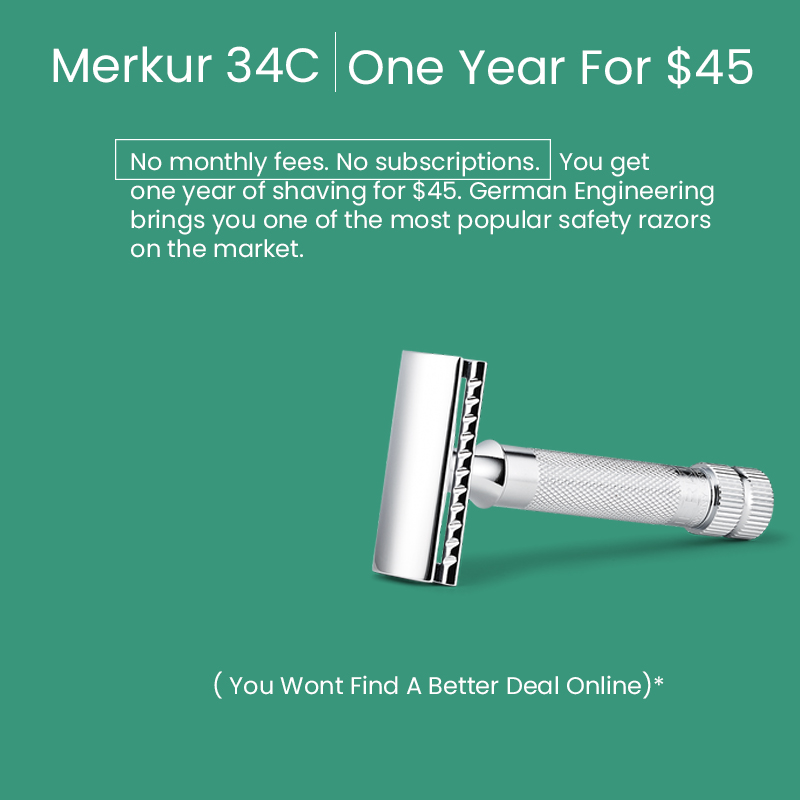 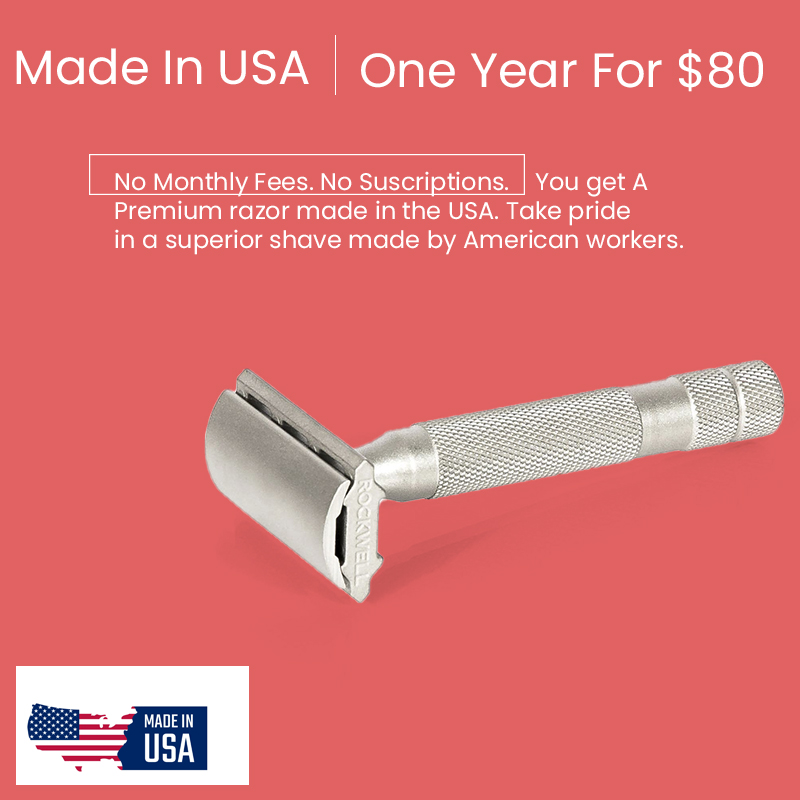 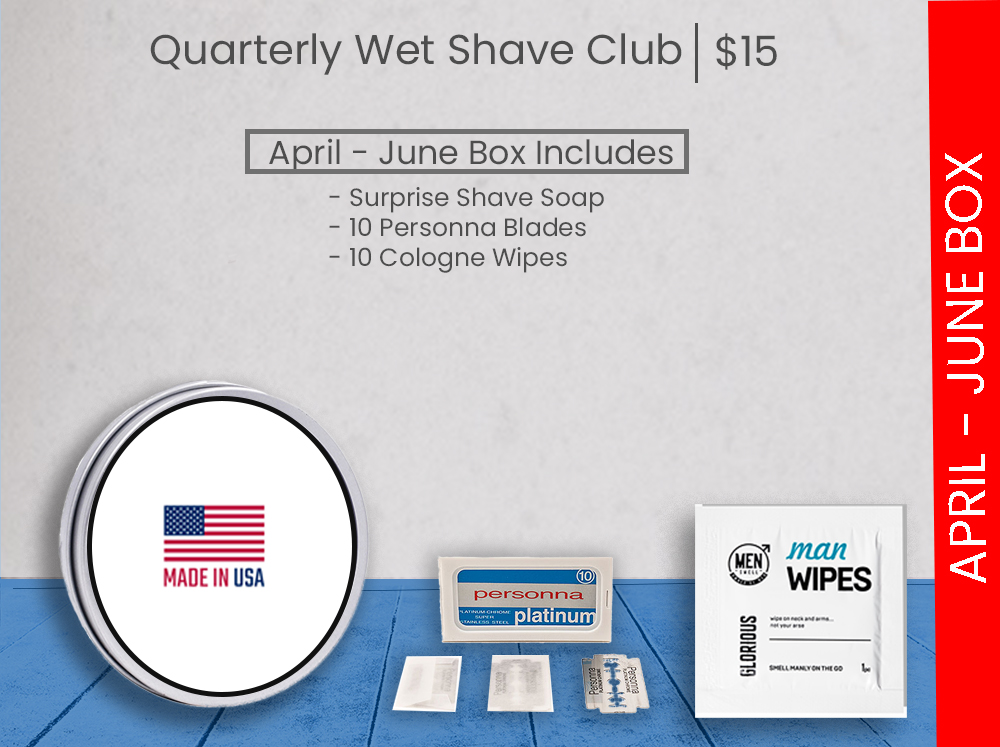 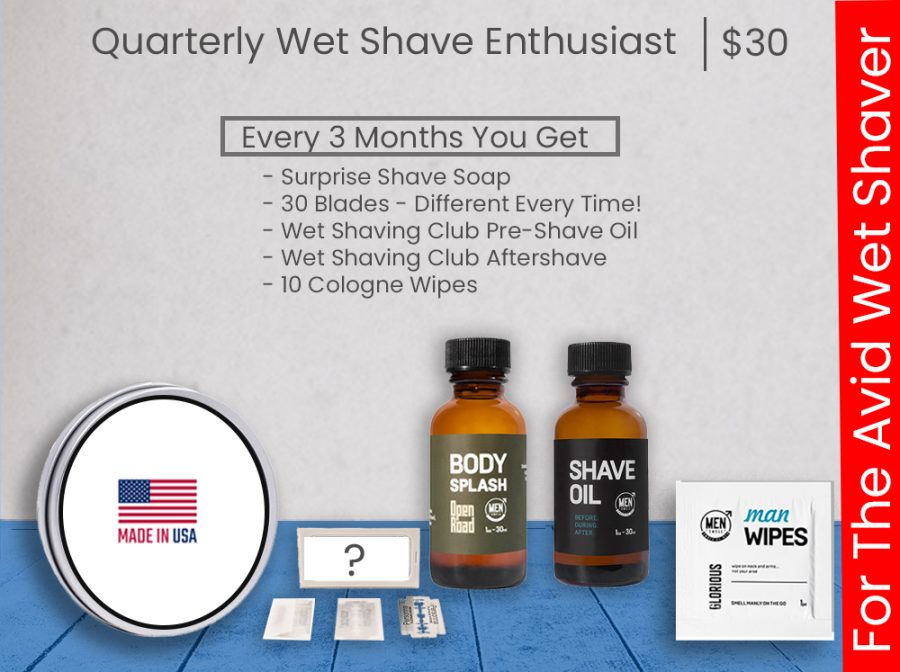 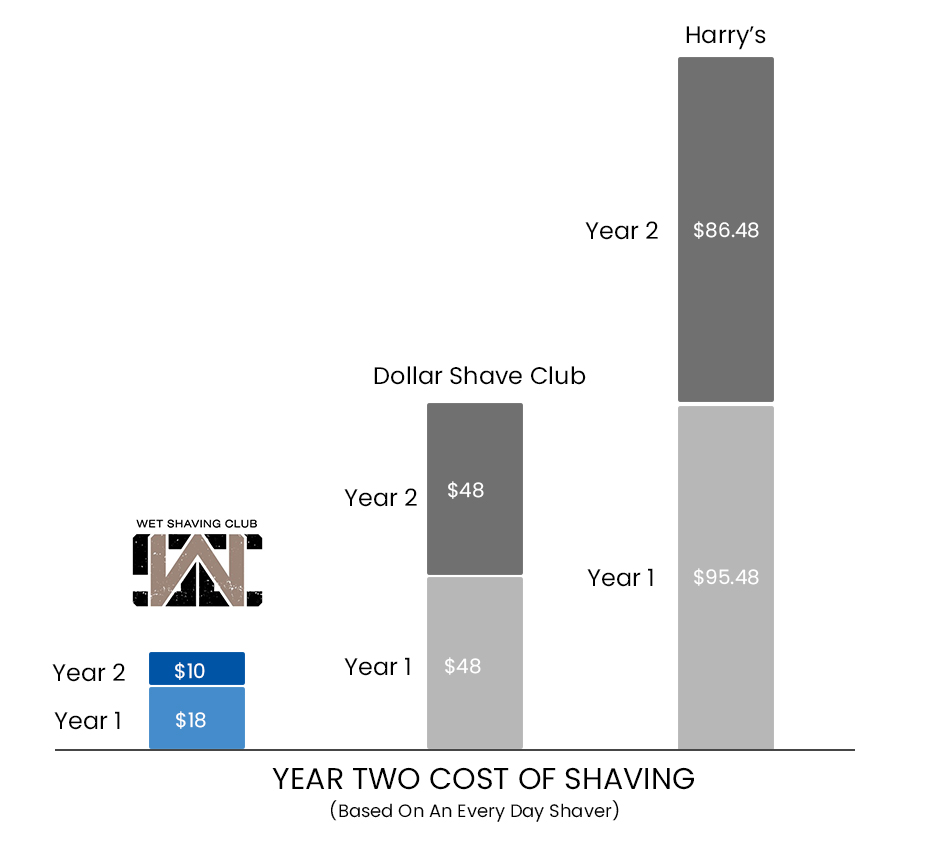 Why A Safety razor?

This website uses cookies to improve your experience while you navigate through the website. Out of these, the cookies that are categorized as necessary are stored on your browser as they are essential for the working of basic functionalities of the website. We also use third-party cookies that help us analyze and understand how you use this website. These cookies will be stored in your browser only with your consent. You also have the option to opt-out of these cookies. But opting out of some of these cookies may affect your browsing experience.
Necessary Always Enabled

Any cookies that may not be particularly necessary for the website to function and is used specifically to collect user personal data via analytics, ads, other embedded contents are termed as non-necessary cookies. It is mandatory to procure user consent prior to running these cookies on your website.